Absolute Discharge - The lightest sentence that can be given to a person found guilty of a criminal offence. The person is released by the court and no conviction is registered.
Adjournment - A postponement of a court hearing or court sitting. This is usually the result of a schedule proceeding not being completed or ready to proceed. Usually adjourned to a specified time and date.
Acquittal - A judgment by the court that the accused is not guilty of the offence charged with.
Arraignment - The procedure whereby the accused is brought before the higher level of court (Court of Queen's Bench) and the substance of the charges against him/her are read A trial date is most often set at this time.
Bail - A guarantee (usually money) given to a court assuring the accused will: remain within jurisdiction; and appear in court (when required) to answer the charge.
Concurrent Sentence - Two or more sentences being served at the same time-the length being determined by the longest sentenced imposed (eg. 4 months B&E; 6 months theft-sentence 6 months)
Consecutive Sentence - The opposite of Concurrent Sentence, where two or more sentences to be served, one immediately following the other (eg. 4 months B&E; 4 months theft-sentence 8 months).
Conditional Sentence - A person found guilty of an offence can be ordered to obey certain conditions for a specific period of time in the community.
Crown - The prosecutor representing the interests of Canada in Criminal Code charges.
Dual Procedure Offence - A criminal offence that can be prosecuted either by summary conviction or indictment. The decision as to which way to proceed is made by the Crown and is based on the seriousness of the offence and circumstances and previous history of the accused. Also known as "hybrid offence".
Election - The procedure by which an accused chooses the method by which he/she will be tried. This is allowed only in serious criminal offences. The questions include: Tried by court of Queen's Bench judge with a jury, Court of Queen's Bench judge alone, or by a Provincial Court Judge.
Guilty Plea - The accused (or his/her counsel) make an admission to the court that they have performed the offences that they are charged with having committed.
Indictable Offence - A charge that must be proved at trial beyond a reasonable doubt before the offender may be convicted. A more serious offence (eg. Murder, aggravated assault)
Intermittent Sentence - A prison term of 90 days or less given to a person convicted of an offence. An intermittent sentence allows the person to serve the prison term in intervals, such as weekends, over a longer period of time.
Jury - A group of people chosen by the Crown and Defence counsel from a pool of eligible jurors who are ordinary citizens. The jury listens to evidence presented at trial, listen to the judge's instructions on how to apply the law makes findings of fact and then decides whether the accused is guilty or not guilty.
Peace Bond - A bond required as part of a court order to guarantee that a person will stay away from another person he/she has threatened or bothered.  The bond will be forfeited (given up) if the order is violated.
Plea - Where the accused states his/her plea of "guilty" or "not guilty" upon being read the offences under the Criminal Code he/she is being accused of committing.
Preliminary Inquiry - A hearing before a Provincial Court Judge to determine if there is sufficient evidence to proceed to trial. This is only held in Indictable Offences where the accused has elected to be tried by Queen's Bench Judge or Judge and Jury. Sufficient evidence: accused "committed to trial"; insufficient evidence: accused is "discharged"; witness attendance is required.
Probation - A court order under which the accused's behavior is supervised. May have to adhere to certain specified conditions and obligations.
Sentencing - An order of the court made upon conviction Imprisonment, probation, fine, forfeiture or other punishment imposed by the court on an individual.
Stay of Proceedings - A stoppage or suspension of a judicial proceeding before judgment has been handed down. The proceeding must be reinstated within a year if the charge is to be pursued. The Crown is dropping the charges unless more evidence comes to light.
Subpoena - A court order, commanding a witness to appear at a designated time and date to give evidence. There is a penalty for failing to do so which can include imprisonment.
Trial - Court proceeding where evidence from both the Crown and Defence concerning the charges is heard to determine guilt or innocence. Witnesses attend this proceeding. 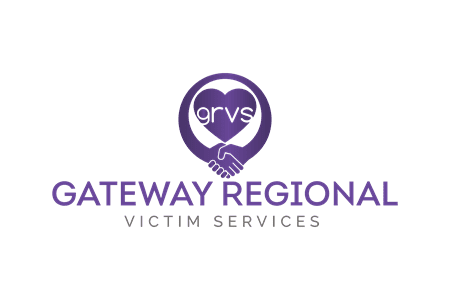